Get Involved In The Recovery Course

Britain has one of the highest levels of drug addiction in Europe, with 417,000 problem drug users

We run a 16 week course for those struggling with an addiction to Drugs, Alcohol, Pornography, Sex, Gambling, Self-harming, Over-eating or some other compulsive behavior. The Recovery Course is a free 16-session Christian program based on the Twelve Steps used by Alcoholics Anonymous. Each session starts with a light supper, followed by a short talk and single-sex discussion groups. 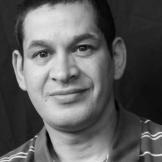 Give Volunteer Spread the word